The  insurance covers the civil liability of owners and drivers of motor vehicles for any bodily injury and/or death and/or property damage they have caused with the insured vehicle to third parties, for which they are legally liable according to the effective legislation.

Territorial Coverage:  Having concluded Motor Third Party Liability insurance, the customer has the right to travel in European Union (EU), European Economic Area (EEA), as well as Andorra, Serbia and Switzerland and .

Withaout payment of additional premium, a Green Card certificate is issued for all member states of the international Green Card agreement.

Period of insurance:  1 /one/ year

The sums insured are:

The registration of a claim in case of insured event and covered risk under the MTPL insurance shall be done according to Ordinance No. 49 of 16.10.2014 on the Compulsory Insurance pursuant to Item 1 and 2 of Article 249 of the Insurance Code and on the Procedure for Settlement of Claims for Compensation of Damages Caused to Motor Vehicles, prepared by the Financial Supervision Commission.

According to the regulations of the Ordinance:

The following shall be presented to attest the occurrence of a road traffic accident:

The following shall be presented for establishment of the grounds and the amount of the claim filed:

•           In the case when the provided documents are insufficient for the establishment of the essential circumstances regarding the mechanism of the accident, the insurer may require the provision of additional documents and evidences, issued by other competent authorities or parties. The above statement shall not limit the right of the beneficiary to present other evidences.

•           For determining the compensation the insurer shall also be entitled to request other documents necessary for the establishment of the circumstances regarding the occurrence of the accident, the grounds for payment and the extent of the damages.

•           At the registration of the claim the insurer shall inform in detail the person who filed the claim of the circumstances which should be established and the evidences for the establishment thereof. The request of additional evidences shall be done in compliance with Art. 105 (3) or (4) of the Insurance Code. 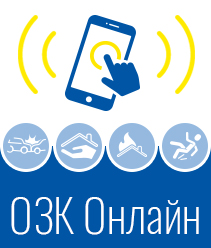